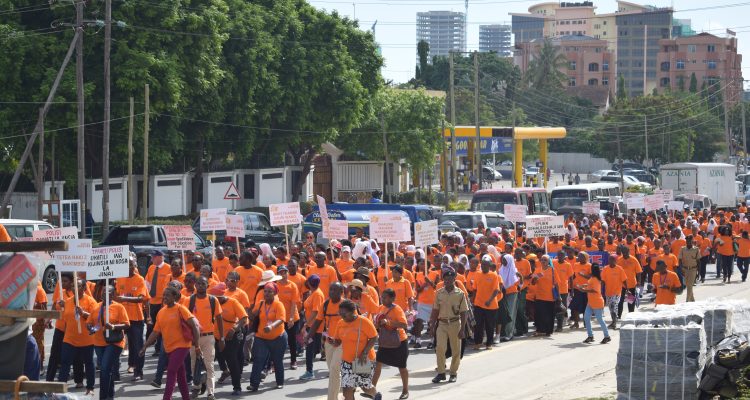 With the support from the USAID, WiLDAF in collaboration with Coalition for combating gender based violence (MKUKI) and other stakeholders conducted the 16 Days of Activism Campaign to raise awareness to key actors and community members on the right of safe and quality education for all. The campaign was conducted in the regions of Dar es Salaam, Mtwara, Mbeya and Mara. The campaign involved community members, individuals, secondary school children and teachers who participated in the events. We engaged key partners and stakeholders working in the field of promotion of gender equality and education to raise awareness about gender-based violence and its effects on women’s and children lives the related access to education and safety among women, men, children, families and the whole community. We also engaged media practitioners from private and public sector to cover the event in a sensitive manner. Nonetheless, we involved the ministries such as the Ministry of Education and Vocational Training, Ministry of Community Development, Gender and Children; Ministry of Health and Social Welfare; Ministry of Constitution and Legal Affairs, Ministry of Home Affairs and the Prime Minister’s office-Regional Administrative and Local Government (PMO-RALG).