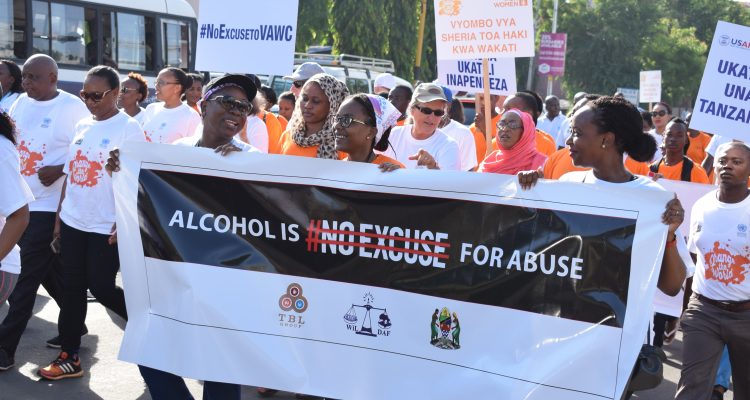 The 2017 global campaign marks 16 days of activism on gender based violence under overreaching theme in which it reflects the core principle of the transformative 2030 agenda for sustainable development goals. This theme reinforces the world’s commitment to a world free from violence for all women and girls around the world, while reaching the most underserved and marginalized group. Also, advocating for the enabling environment for policies and laws that are gender sensitive, development of shelters, having in place a Domestic Violence Act and Family Courts;

The theme for the 2017 Sixteen Days of Activism Campaign was;

The theme helps to deepen individual analysis of the core drivers of violence and related VAWC concepts such as feminism, activism, power and social justice resulting into individual in possessing greater conviction and confidence when engaging with VAWC issues. While aimed at bringing on board all duty bearers in order to take concrete steps towards the public and private spheres and reaching communities, families and individuals including children and reshaping perceptions of violence as well as gender roles between men and women.

The main objectives were:

Over 8368 community members were reached. Leaders such as policy makers, legislators, development partners, duty bearers were all inspired to take action to respond and prevent VAWC. Out of them, 2514 were men and 5854 women. This is an achievement as it has an increase of 3368 participants. In 2016 we had a total number of 5000 participants. In Dar es salaam where the National Launching was held, approximately 63 Organizations were reached and participated in the campaign.

Media and social media was one of the core activities during the 16 Days of Activism campaign 2017.

During the Launching of 16 Days of activism campaign (National event) a total number of 8368 people participated physically, in which men were 2,514 and 5,854 were female. This is an achievement as it has an increase of   3,368 participants compared to the year (2016) campaign which reached a total number of 5000 participants.

Zones Coordinated by WiLDAF During the Campaign.