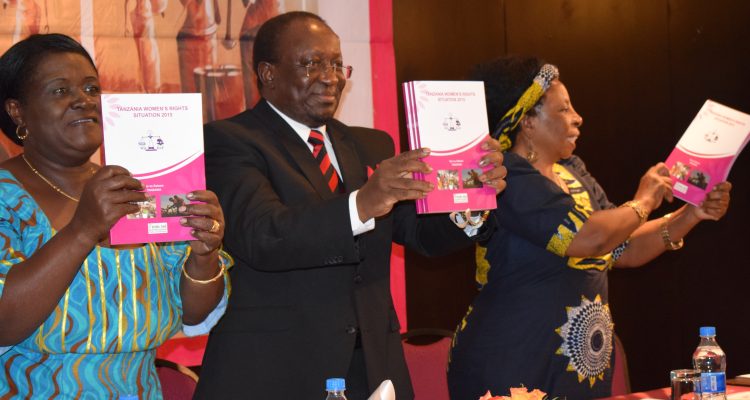 It was further noted that the African women’s day is not just the commemorated day rather it is the day in the whole week of activism of honoring women’s human rights in Tanzania. The week of activism towards approaching ‘the Women’s day’ was accompanied by educating the societies especially their rights and other rights, including:

The challenges that face women in access to  justice, among others the causes were  lack of education,  awareness of women’s rights, lack of enough legal aid centers (especially on rural areas), lack of confidence and other economic challenges.

Consequently, the National Coordinator with due course describe and outline number of laws which hinder women’s access to justice against other related laws which recognize and guarantee their  rights, and with such regard a direct effect of the said laws and policies contributes much to a number of discriminative acts or deeds in our societies including the  increase of GBV and VAC. The laws in particular include:

With due regard to the said laws, the National coordinator post significant recommendations to the Government which suggest that has to embrace changes which takes part in our societies in relation to laws and policies; and thus some laws are highly called upon for amendments and even repeal simply because most of human right laws are outdated and some are against international and regional human rights documents such as a CEDAW convention and so forth.