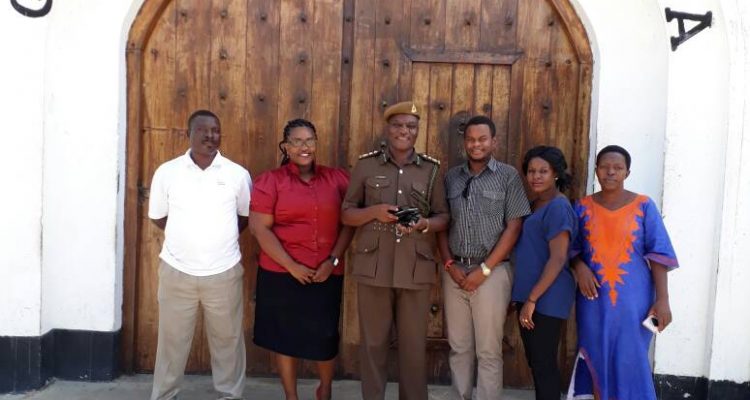 As part of commemoration of 16 Days of activism against Gender Based Violence in Tanzania WiLDAF, planned to coordinate prisons visit to offer legal aid and psycho-social counseling to prison inmates, including children in conflict with law.

For two days, 11th and 12th December, 2017, the program focused strategically to offer legal aid, psychosocial counseling and extend knowledge on gender based violence to inmates. Also distributing thousands copies of publication on Gender Based violence and related issues in Tanzania to the prisons.

A team of 12 experts, comprising of 9 lawyers, 2 social workers and 1 counselor embarked on visit to Ukonga, Segerea and Keko prisons.

A total of 179 inmates received our service including 38 children in conflict with law, 47 women and 94 men.

The team strategically served inmates according to their age and gender. In Keko prison special attention was pressed on children in conflict with law. Segerea special focus was on women and youth and Ukonga targeted elderly prisoners. Basically, Segerea is the only prison with both male and female inmates while the other two host’s male inamtes only.

There were no any child held in Ukonga prison, at least, of all inmates who showed were adults, as 82 % of the inmates served are above 35 years and only 8% are below 35 years.

It should be noted that, Segerea is adult prison and has no special cell for children.

In Keko prison 57% of the inmates who received the service are children and only 43%are adults. It should be noted that, in Keko there is a special cell for children, they are not mixed with adults.

There are 25 different offences that are charged to the inmates, it was noted in some cases that inmates had more than one offence charged. The most repeated offences are 28% Armed Robbery, 27% Murder, 8% Drug Trafficking, 8% Possession of Narcotic Drugs and 6% Rape cases.