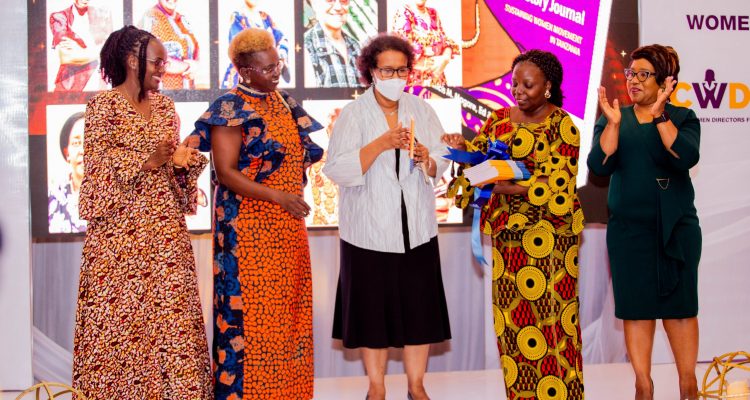 On 3rd March WiLDAF marked an important milestone in women movement, as we celebrated the launching of the CSO’s Women Directors Forum ad Queen Mothers: Her Story Journal.

The CSOs Women Directors Forum (CWDF) is a platform that brings together dynamic and committed CSOs Women Leaders in Tanzania. The forum was established in the 1st Day of March, 2019, in compliance to one of the resolutions made by participants during a two-day induction meeting of the Women Directors held in Dar es salaam on 28th and 29th January 2019. By recognizing Women Directors comparative advantages, competency and the desire to strengthen the women led CSOs among other things the women directors resolved to establish the Women Directors` Forum of Tanzania, that will build a collective voice for women CSOs leaders and provide a stronger linkage among themselves a complete support to promote growth and development of the marginalized society.

The forum aims at fostering a meaningful and impact-based collaboration and networking among the women directors, while acknowledging and improving the leadership capacity for women, creating and strengthening free and safe space for Women Directors in Civil Society Organizations and revitalize the Women’s Movement in Tanzania.

The Forum begun with 48 members and currently has 103 members while expecting for more others to join the Forum. Membership of the CSOs Women Directors Forum is limited to only individual Women Directors or Chief Executive Officers (CEOs) or Coordinators who are serving in the Civil Society Sector of United Republic of Tanzania.  Members to the Forum are divided into four categories to include The Founding members, Women members who joins after the Founder Members, Retired Women Directors and Strategic Participants to include Development Partners.

The event also featured launching of Queen Mothers Journal a spectacular edition that reflects the life of Tanzanian women who worked in post-independent era during the onset of the civil political movements and in the modern CSOs era who are changing the status quo. It has involved women who have played different roles of activism to cover different aspects of our life. In their honor we refer them as Queen mothers.

The journal comprises of stories of achievements and hurdles that has always been one of the most effective ways of learning in the need to improve the leadership, growth and sustainability of the Women Movement in Tanzania.  The potential stories in this edition are from our Queen Mothers and Testimonial respondents who grew in hands of the Queen Mothers. It is in the end, that this journal will remarkably remain a tool for learning and improving leadership skills for women in Tanzania and across the globe.

The aim is to recognize and acknowledge the contribution of these remarkable women leaders who devoted their lives in fighting courageously to bring the revolution of women participation in leadership positions, decision making and observance of human rights in Tanzania.