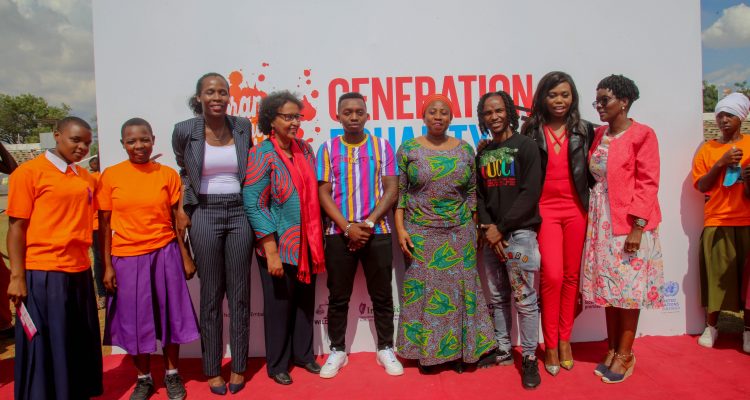 In the year 2019, the campaign aimed at initiating the debate and voices, to encourage every person’s responsibility, to fight the incidence of rape, sexual corruption and violence against sexual intimacy in the community. Also it intends to educate the community to provide safe environment to women and children because every person has the right to feel safe and be respected. This goal was to sensitize every person in his or her position regardless of age to take action against rape incidences, violence against sexual intimacy and sexual corruption.

We intended to shift from knowledge awareness to implementation of actions. Every person in the community has the responsibility to do against Gender Based Violence and to minimize Gender Based violence.

The 2019 Activist campaign also sought to reach across the entire country. All people from a different class, background, urban and rural areas were targeted with the campaign. Specifically, the 16 Days of Activism Campaign of 2019 had the following objectives:

Kizazi chenye usawa Simama dhidi ya Ubakaji; The 2019 theme  was a call to every person  without  leaving any person behind (Children ,Youth and Elderly people) to take action, questioning, speak out, to reject the violence against sexual intimacy happening in working places, in schools, in various institutions, hospitals, in public transport and even the streets. The theme insisted the following;

A record of more than 5,000 people was reached during that year event launch.

Over 49M people worldwide were reached through social media through hashtag such as #kizazichenyeusawa #simamadhidiyaubakaji #Orangetheworld #16Daysofactivism.

International Day of a Girl Child,

GIRLS and women make up half the population of every country, yet this group of…