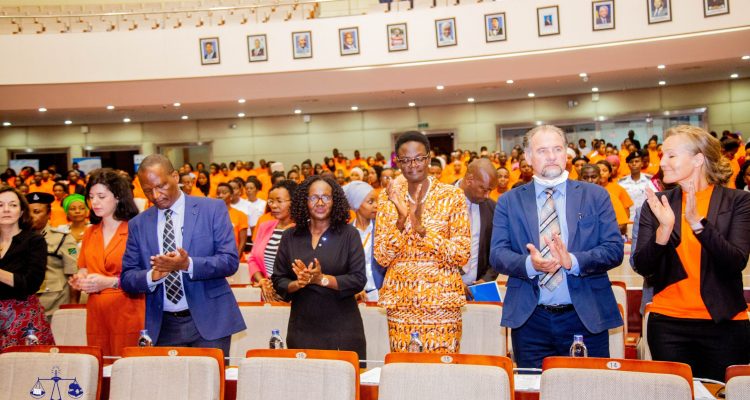 WiLDAF and GBV MKUKI Coalition (Mtandao wa Kupinga Ukatili wa Kijinsia) members in collaboration with the Ministry of Health, Community Development, Gender, Elderly and Children (MOHCDGEC) are organizing for this year’s campaign with support from the following partners;

On this day, the 25th November, 2020, this campaign is officially launched at Julius Nyerere International Convention Centre, Dar es Saalam.

Objective and Focus of the Campaign

The 16 Days of Activism Campaign 2020 that is being launched today, has the following objectives:

The theme for this year is Stand Up Against Gender Based Violence: Change Begins with Me. For many years, there has been a perception that fighting against GBV is a task of a certain organization or group of people, which lifts the responsibility from the majority in the society. Statistically, four out of 10 women have been through physical abuse, and one in every five women have gone through sexual abuse, partners violence is as high as 44%, with high prevalence in the villages.  Sadly, perpetrators of GBV are neither strangers nor unknown people, they are the people are who are close to the victims, be it by formal or social relationships. It is family member, teachers, bosses, neighbors, and the likes, therefore if the fight against GBV is to be fruitful, the entire community should be directly involved.