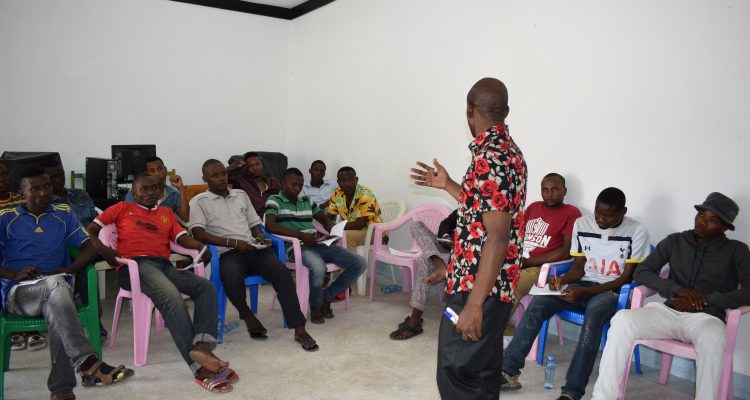 The broad objective of the training was to sensitize and build capacity of the boda boda riders on gender, HIV & AIDS and violence so that they can become champions on prevention of violence, active by standers by taking action to intervene in the situation someone is experiencing violence and mobilize their respective communities towards   prevention of HIV and Gender Based Violence.

The training was facilitated by well experienced trainer with immense experience in the field of gender, sexual and reproductive health and organization development who have worked with FHI and CHAMPION project Dr. Katanta Mantamba Simwanza. A total of 30 ridders from all districts in Dar attended this two days’ program.

Therefore  WiLDAF  have organized the  in house interactive training to address the issues  on gender, HIV and violence by working with boda boda .The training was conducted for two consecutive days  and as the outcome of this training program the boda bod ridders  gained knowledge on the link between gender, HIV ,violence  and health outcome. They were able to analyses the direct relationship of negative gender norms and poor health outcome. Described vividly how these gender norms result into causing new HIV infection and AIDS, low prevalence of contraception and increased rates of unplanned pregnancies, the way it contributes to high poor maternal health and highly increased cases and perpetuation of gender based violence. They were also enlightened of the concept of gender and issues related to gender, and pledged when they go back into their communities/vijiwe   to raise awareness to other colleagues.

They leaned about and acquainted sound knowledge on the advocacy strategies and they were able to identify areas where they can play a devil role as advocate to ensure gender based violence silence and conspiracy is broken in the community.